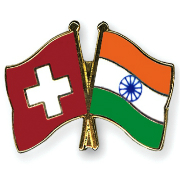 As a step towards fighting black money stashed abroad, ‘Joint Declaration‘ for implementation of Automatic Exchange of Information (AEOI) has been signed between India and Switzerland. This will lead to automatic sharing of information regarding the Swiss bank accounts held by Indians as of September 2018 and onwards. However, details about the accounts held prior to that period will not be exchanged. The first such exchange of information will happen in September 2019. As per the terms of AEOI both the countries will start collecting the data as per the defined global standards only in September 2018 and exchange it beginning from September 2019 onwards.

AEOI, based on Common Reporting Standards, when implemented fully would put in place a system wherein bulk taxpayer information will be sent periodically from the source country of income to the country of residence of taxpayer. It would enable India to get access to information virtually from almost all the countries in the world including offshore financial centres.

Switzerland has said the AEOI will be implemented based on the Multilateral Competent Authority Agreement (MCAA) on the Automatic Exchange of Financial Account Information (AEOI). The MCAA is based on the international standard for the exchange of information developed by the OECD. India, on its part has promised to safeguard the confidentiality of the data received.

India joined the Multilateral Competent Authority Agreement on Automatic Exchange of Financial Account Information on 3rd June, 2015. According to the OECD, MCAA is a multilateral framework agreement that provides a standardised and efficient mechanism to facilitate the automatic exchange of information and avoids the need for the conclusion of several bilateral agreements.

Switzerland known for its very strong secrecy around its banking operations has relented on its tough secrecy clauses owing to the huge global pressure. In September, Switzerland ratified the Multilateral Convention on Administrative Assistance in taxation matters in order to crackdown on illicit fund flows and relent its banking secrecy practices.

Black money is that amount of money which is liable for taxation, but on which tax is not paid or evaded. It is usually received in cash from underground economic activity and, as such, is not taxed.