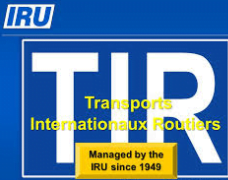 India has become the 71st nation to join the United Nations TIR (Transports Internationaux Routiers) Convention. India’s decision to join the convention is part of its multi-modal transport strategy that aims at integrating Indian economy with global and regional production networks through better connectivity.
In March 2017, Union Cabinet had approved India’s accession to the Customs Convention on International Transport of Goods under TIR Convention. The UN has confirmed that the TIR Convention will enter into force in India in 6 months.

The Customs Convention on International Transport of Goods under Cover of TIR Carnets, 1975 (TIR Convention) is an international customs transit system under the auspices of the United Nations Economic Commission for Europe (UNECE) with the widest geographical coverage. It is more than a transport convention. At present, there are 70 parties to the convention including the European Union.
The TIR is managed and developed by International Road Transport Union (IRU) which is the world road transport organisation. The TIR procedure facilitates movement of goods under customs control across international borders without the payment of the duties and taxes. It provides a robust guarantee mechanism facilitating the higher growth of Intra-regional trade.

Accession to TIR will help India in implementing the World Trade Organization’s Trade Facilitation Agreement which it has already entered into this year.
With China’s ambitious ‘One Belt One Road’ (OBOR) project, India has no other option other than to join TIR if it wants to be counted as a serious rising power. China is already a TIR member.
Accession to TIR will ensure enhanced security in the supply chain as it allows only approved transporters and vehicles to operate under the terms of the Convention.
The Indian traders will get access to fast, reliable and hassle-free international system for movement of goods by road or multi-modal means.
It will improve India’s cross-border road transport. On the eastern front, it will help in integrating with Myanmar, Thailand, Bangladesh, Bhutan and Nepal. On the western front, it will help in transporting cargo along the International North-South Transport Corridor via Chabahar port in Iran. Further, it will give access to landlocked Afghanistan and the energy-rich Eurasian region.
It can help in implementing the Bangladesh-Bhutan-India-Nepal (BBIN) Motor Vehicles Agreement by addressing policy incompatibility issues among the BBIN nations.