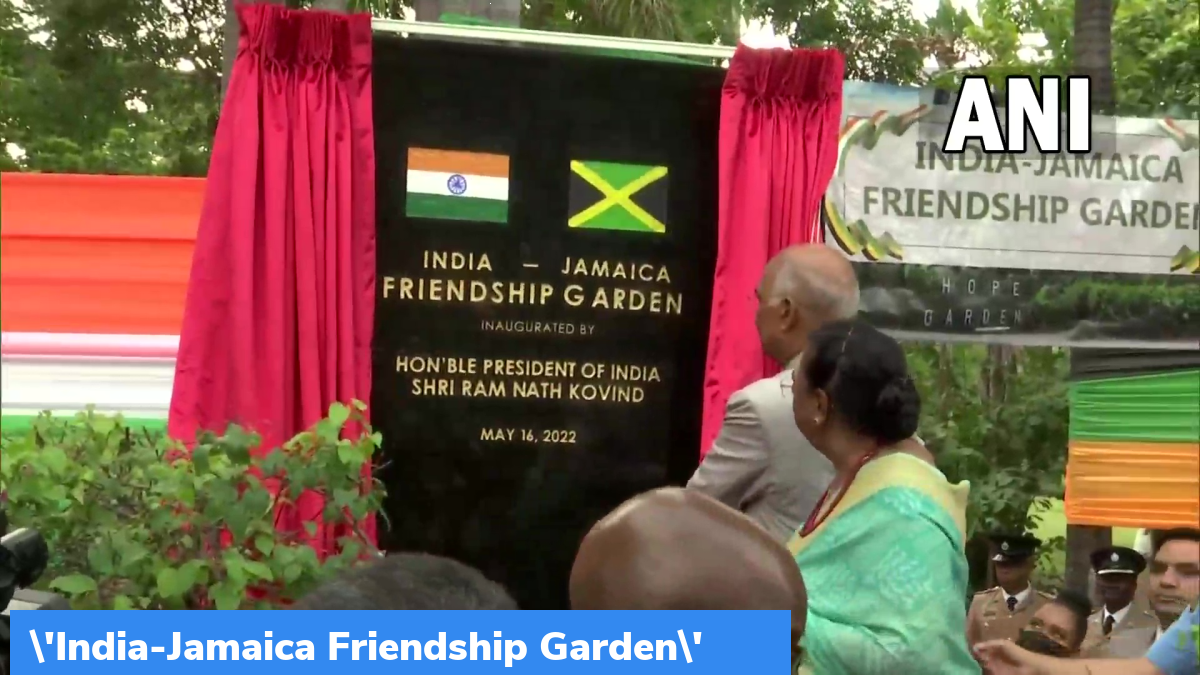 ‘India-Jamaica Friendship Garden’ was recently inaugurated at the Hope Royal Botanical Gardens in St. Andrew, Jamaica. This was facilitated under a Memorandum of Understanding (MOU) signed between the Indian High Commission in Jamaica and the Nature Preservation Foundation (NPF) in 2021.

Who inaugurated the garden?

President Ram Nath Kovind inaugurated the garden. President and other officials planted saplings of three Sandalwood trees, which are native to Southern India. The garden will serve as a symbol of the long-standing relations between India and Jamaica. Indian President is on a four-day state visit to Jamaica. He also inaugurated “Dr. BR Ambedkar Avenue”.

What is Dr. BR Ambedkar Avenue?

It is a road in Kingston (capital of Jamaica) named after Bhimrao Ramji Ambedkar, the architect of the Indian Constitution. President Ram Nath Kovind also laid a wreath at the shrine of Marcus Garvey (Jamaica’s national hero). He said that icons like Dr. BR Ambedkar and Marcus Garvey cannot be limited to just one country and their appeal to end discrimination has universal relevance.

What is the significance of President Ram Nath Kovind’s visit to Jamaica?

It is the first-ever visit by an Indian President to Jamaica. The visit also coincides with the celebration of Jamaica’s 60th year of Independence. India and Jamaica enjoy cordial relations based on common linkages of history, Commonwealth membership, democratic values, and the love for cricket.

Which other Caribbean country will be visited by President Ram Nath Kovind?