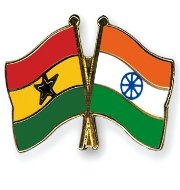 India and Ghana have signed three bilateral agreements to strengthen co-operation in varied fields.
These agreements were signed after delegation level talks between President Pranab Mukherjee and his Ghanaian counterpart John Dramani Mahama in Accra.
The signed agreements include one for visa waivers for holders of diplomatic and official passports and one for setting up a Joint Commission.
Civil Nuclear Cooperation