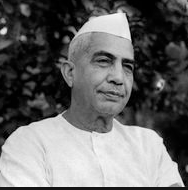 India celebrates National Farmers Day on 23rd December to commemorate the birth anniversary of the 5th Prime Minister of India, Choudhary Charan Singh. He was a farmer’s leader and he had introduced many policies to improve the lives of the Indian farmers. The day is being observed since 2001.

Kisan Diwas is being celebrated in several parts of the country in order to promote importance of farmers in the society. It also aims at establishing the fact that overall social and economic development of the country depends on the farmers. The day is widely celebrated in states such as UP, Haryana, Punjab and MP.

Awareness programmes, seminars, lectures are conducted across the country to create awareness about farmers contribution to the society.

Choudhary Charan Singh served as the Prime Minister of India between 28 July 1979 and 14 January 1980.  He is often referred to as the ‘champion of India’s peasants.

Choudhary Charan Singh was born on 23 December 1902 in a rural peasant Jat family. He entered into politics during the Independence Movement motivated by Gandhiji and he served as a member of Legislative Assembly of the United Provinces elected in 1937.

Mr Choudhary was responsible for several land reforms in the state of Uttar Pradesh. He also worked hard to pass the “Zamindari Abolition bill, 1952”

In the post-independence period, he was one of three principal leaders of Congress from Uttar Pradesh. He defected from the Congress in 1967 and became the first non-Congress chief minister of UP. He became Prime Minister in the year 1979.

According to him, caste-ism was the root to slavery. He has written several books like India’s Poverty, Abolition of Zamindari and Legend Proprietorship. The NABARD-National Bank of Agriculture and Rural Development was established during his reign.

He died in 1987. His memorial in New Delhi is named as Kisan Ghat.