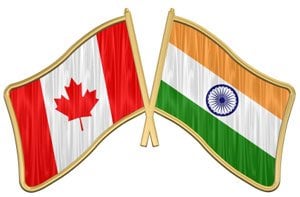 India and Canada agreed to consider the Early Progress Trade Agreement (EPTA), which can be concluded early as a transitional step in the process of CEPA. EPTA will include high-level commitments from both sides on the following aspects of the trade:

India seeks to gain market access in Canada for its agricultural goods such as sweet corn, baby corn, and bananas, while Canada’s focus is to export its cherries and lumber to India.

At the ministerial dialogue, both countries also agreed to intensify negotiations towards signing the Bilateral Investment Agreement. This agreement will promote & protect bilateral investments.

The negotiations to conclude CEPA were going on since 2010, but did not see much progress. Till now 10 rounds of negotiations were held between both countries. The last round of negotiations was held in 2017 and later the talks derailed due to the COVID-19 pandemic.

CEPA will help in expanding India- Canada bilateral trade by unlocking the potential across various sectors.