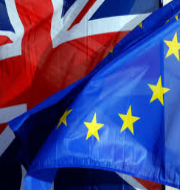 India is to emerge as the net-gainer from the Brexit deal recently signed between the European Union and United Kingdom.

With Brexit deal, India has the capacity to increase its bilateral trade deal with UK by 26%. UK is India’s 14th largest trade partner with more than 14 billion USD of bilateral trade. India currently enjoys a trade surplus of 2 billion USD with the UK.