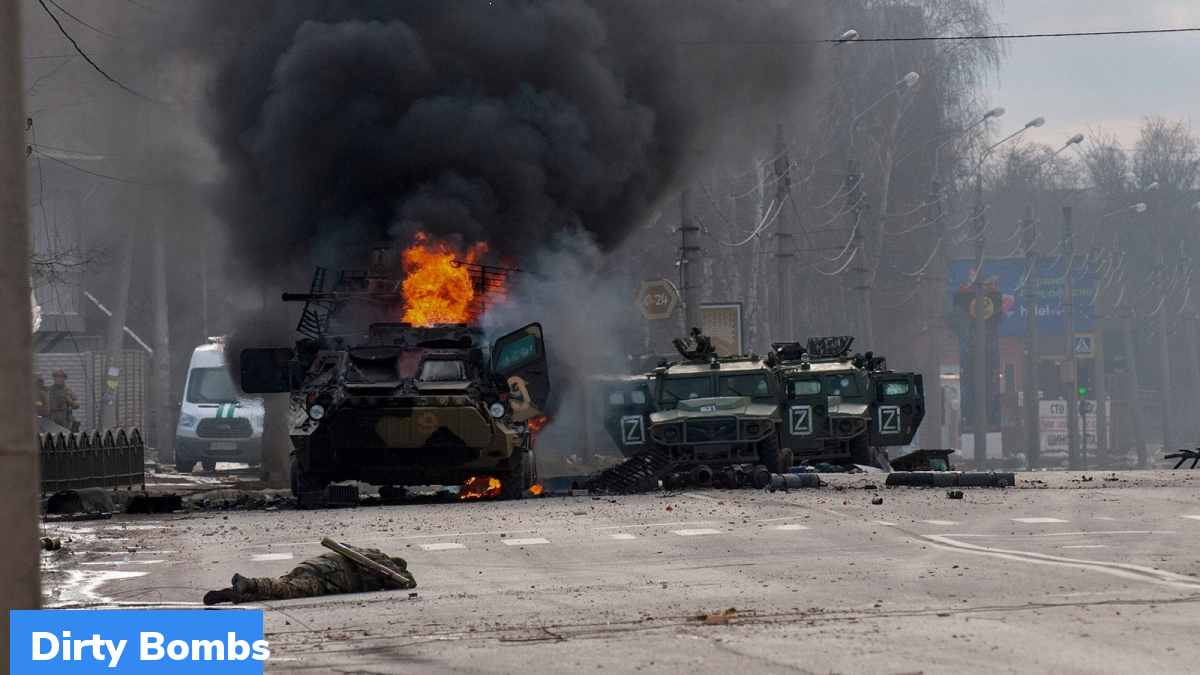 What are dirty bombs?

Dirty bomb is a conventional explosive device laced with toxic materials. Unlike a nuclear weapon, it does not cause atomic explosion. Rather, it spreads radioactive, biological or chemical wastes after explosion. This weapone will not cause an immediate health impact since people in the affected region can escape from being exposed lethal dose of radiation. However, economic impact could be severe due to the high costs incurred during the evacuation process. Sometimes, the whole city or an urban region would be abandoned if it is hit by a dirty bomb.

What are Russia’s allegations?

The Russian government accused Ukraine of planning to use dirty bomb in the Ukrainian military theatre and shifting the blame on Russia to trigger powerful anti-Russian sentiments across the world.

Ukraine and its allies refuted these allegations, stating that Ukraine would not intentionally make some of its own territories uninhabitable while its forces were successfully recapturing territories on the battlefield.

Other roles of IAEA in Ukrainian war