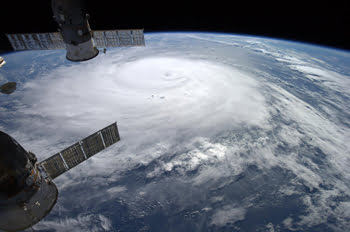 India has announced an immediate humanitarian assistance of $1 million to help people in The Bahamas affected by Hurricane Dorian. The disaster relief aid extended by India signifies that it stands in solidarity with The Bahamas in this difficult time.

Hurricane Dorian has caused a large scale destruction in The Bahamas.

As per reports, the death toll from naural calamity has risen to over 40 and is likely to increase even more, even as search and rescue teams are still trying to reach out to Bahamian communities isolated by floodwaters and debris in wake of Hurricane Dorian.

It was an extremely powerful and destructive Category 5 hurricane. It was the first major hurricane of 2019 Atlantic hurricane season.

It is located on the northwestern edge of West Indies.

The Bahamas was formerly a British colony and became an independent country within the Commonwealth in 1973.