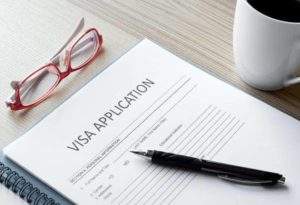 United States’ House of Representatives has passed a Bill titled Fairness for High-Skilled Immigrants Act of 2019, or HR 1044, by an overwhelming 365-65 votes in a 435-member House to remove 7% country-cap on green card applicants. The development could end agonising wait of tens of thousands of skilled professionals from countries like India who have sought permanent residency in USA.

It removes an offset that reduced number of visas for individuals belonging to China.

Green Card: allows a non-US citizen to live and work permanently in USA.

Need: Indian Information Technology (IT) professionals, who mostly go to US on H-1B work visas, are worst sufferers of current immigration system, which imposes a 7% per country quota on allotment of green card, or permanent legal residency.

Reservation: The Bill establishes transition rules for employment-based visas from Financial Year 2020-2022 by reserving certain percentage of EB-2 i.e. workers with advanced degrees/exceptional ability, EB-3 i.e. skilled and other workers and EB-5 (investors) visas for individuals not from two countries with largest number of recipients of such visas.

Out of unreserved visas, not more than 85% shall be allotted to immigrants from any single country.

Significance: This Bill will help ensure that those seeking permanent residency (PR) will not have to face extraordinary wait times which is sometimes projected at 50 years or more for people from countries such as China and India simply because of their country of origin.

Way Ahead: The bill has to be passed by Senate (Upper Chamber of US Congress), where ruling Republican Party enjoys a majority, before it can be signed into law by President Donald Trump.