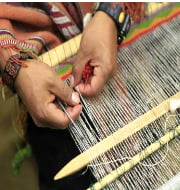 The exhibition is funded by the North Eastern Council. It has participants from the other North Eastern States as well. The Home Minister highlighted on recent developing projects like National Bamboo Mission, rail links between Vairabi and Aizwal, Rs 40 crore hopital projects, Broad Gauge rail projects, the land border agreement with Myanmar. He also announced that the centre is planning to allocate Rs 300 crore more funds to 50 more North East Council projects

The mission was launched in April 2018. IT aims to increase area under bamboo cultivation and also adopting region based strategies to promote bamboo products.

In March 2019, the Railway Minister announced that the North Eastern Capitals would be connected by broad Gauge. The target for completion of the project is set as 2020.

The Council is the nodal agency for economic and social development of the North Eastern Region. It was established in 1971 under the North East Council Act 1971. According to the act, the council coordinated development facilitating cooperation with the states. The act was amended in 2002 to function as a regional planning body. In June 2018, the Union Cabinet approved the nomination of Union Home Minister as the ex – offico Chairman of the North Eastern Council. The Governors and the Chief Ministers of all the 8 states are members of the council.