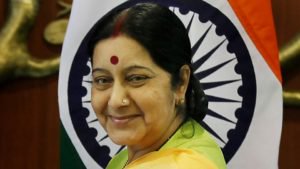 Chief Minister Manohar Lal Khattar of Haryana while presenting the state budget has announced a ‘Sushma Swaraj Award’ for women for their significant achievements or contribution in different walks of life in the international and national spheres.

Sushma Swaraj was a lawyer of the Supreme Court as well as an Indian politician. She was a senior member of the Bharatiya Janata Party, served as India’s Minister of External Affairs during the first Narendra Modi government (2014–2019). After Indira Gandhi, she was the second woman to occupy this position. She was elected seven times as a Member of Parliament and three times as a Member of Legislative Assembly. In 1977, at the age of 25, she became the youngest cabinet minister in the state of Haryana. She also served as Delhi’s 5th Chief Minister for a brief period in 1998, and also became the city’s first female Chief Minister. The US daily Wall Street Journal called her India’s “best-loved politician”.

Other important announcements in the budget

Tablets for all students in class 10 to 12, a scheme to help women entrepreneurs with soft loans, and the establishment of three dedicated funds to accelerate growth in different sectors have all been announced.

A research and innovation fund to promote scientific activity, a climate and sustainable development fund to achieve green development objectives along with scholarships in educational institutions and universities, and a venture capital fund to encourage entrepreneurship, were also announced in the budget.