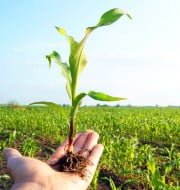 ‘Nuakhai Juhar’ festival has been celebrated in Odisha, Chhattisgarh, and areas of other neighbouring states. On the occasion of this ceremony, Prime Minister Narendra Modi wished his good entreaty for the good health and prosperity of the farmers.

What is the ‘Nuakhai Juhar’ festival?

It is one of the most important ancient agricultural festivals, which is observed in Odisha, Chhattisgarh, and some of the native states. People welcome the new rice of the season by worshipping food grain and preparing special meals. The first produce from the lands is offered to the Goddess Samaleswari. It is celebrated mainly a day after the  Ganesh Chaturthi festival. The coastal areas of Odisha celebrate Nabanna on the same day.

What are the other harvest festivals in India?