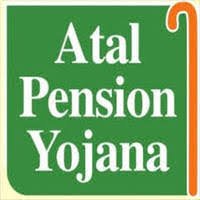 The Union Finance Ministry has relaxed norms of Atal Pension Yojana (APY) to allow small finance banks and payment banks to offer APY distribution. The move is expected to help expand coverage of the scheme and strengthen existing channels of APY distribution.

The APY scheme follows same investment pattern as applicable to National Pension Scheme (NPS) contribution of Central government employees. During financial year 2016-17, the scheme has earned return of 13.91%. There are more than 84 lakh subscribers registered under APY scheme with an asset base of more than Rs. 3,194 crore.
At present 233 Banks and Department of Post are involved with the implementation of the scheme. With relaxation of the norms, now 11 Payment Banks and 10 Small Finance Banks (SFBs) can also offer APY distribution.

APY became operational from June 1, 2015 with an aim to provide affordable universal access to essential social security protection to unorganized work force of country, which makes major chunk of labour force (88%). It had replaced earlier Swavalamban scheme.
It is available to all citizens of India in the age group of 18-40 years (thus minimum period of contribution by subscriber is 20 years). Under scheme, subscriber will receive a minimum guaranteed pension of Rs. 1000 to Rs. 5000 per month, depending on his contribution, from age of 60 years.
There is no exit to the scheme before the age of 60. In case of death of subscriber, the spouse of the subscriber shall be entitled for the same amount of pension till his or her death.
Uttar Pradesh with 11.41 APY accounts is highest contributing state of the scheme followed by Bihar  (8.87 lakh subscribers) and Tamil Nadu (6.60 lakh).