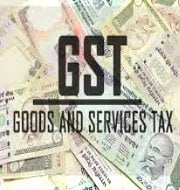 Union Finance Ministry has constituted Group of Ministers (GoM) to monitor and resolve IT challenges faced in implementation of Goods and Services Tax (GST). It also Committee on Exports to look into issues of exports.
Both committees were constituted following the decision taken in 21st GST Council meeting in Hyderabad, Telangana.

Group of Ministers (GoM): It will be headed by Bihar Deputy Chief Minister Sushil Kumar Modi. It will be assisted in its work by Chairman, Goods and Services Tax Network (GSTN) and Chief Executive Officer, GSTN. It was formed after states had raised issue of glitches being faced by taxpayers in filing their GST returns on GSTN.
Committee on Exports: Its mandate is to look into issues of exports and recommend GST Council suitable strategy for helping the sector in the post-GST scenario. It will be headed by Revenue Secretary Hasmukh Adhia.

Exporters raised concern related higher cost of working capital owing to difficulties in availing input tax credit and refunds after implementation of GST regime. Before GST, exporters enjoyed upfront tax exemption on goods to be exported, but now, they have to pay GST before procurement of goods and services.
Moreover, exporters also need to pay IGST on imported inputs. However, they can avail input tax credit after sale within domestic tariff area or after sending their shipments outside country. The exporters can then claim unutilised credit as refund, process in which their capital gets blocked with government and resulting in raising of their operating cost.