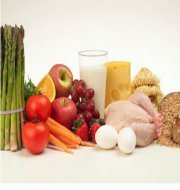 India Related Facts: In 2017 GHI, India scored 31.4 and was placed in high end of “serious” category. India low ranking also influences South Asia’s regional score as three quarters of South Asia’s population reside in India.
India’s neighbours ranking are Nepal (72), Myanmar (77), Bangladesh (88), Sri Lanka (84) and China (29)—except Pakistan (106) and Afghanistan (107). Even North Korea (93) and Iraq (78) fared better in hunger parameters and GHI rankings,
More than 20% of Indian children under the age of five have lower weight in relation to their height and about 33% are too short in relation to their age. Despite India being world’s second largest food producer it has second highest under-nourished population in the world.
Africa hasworst score: The Central African Republic (CAR) has the highest GHI score and has been categorised as “extremely alarming”. It is followed by Chad, Sierra Leone, Madagascar and Zambia.