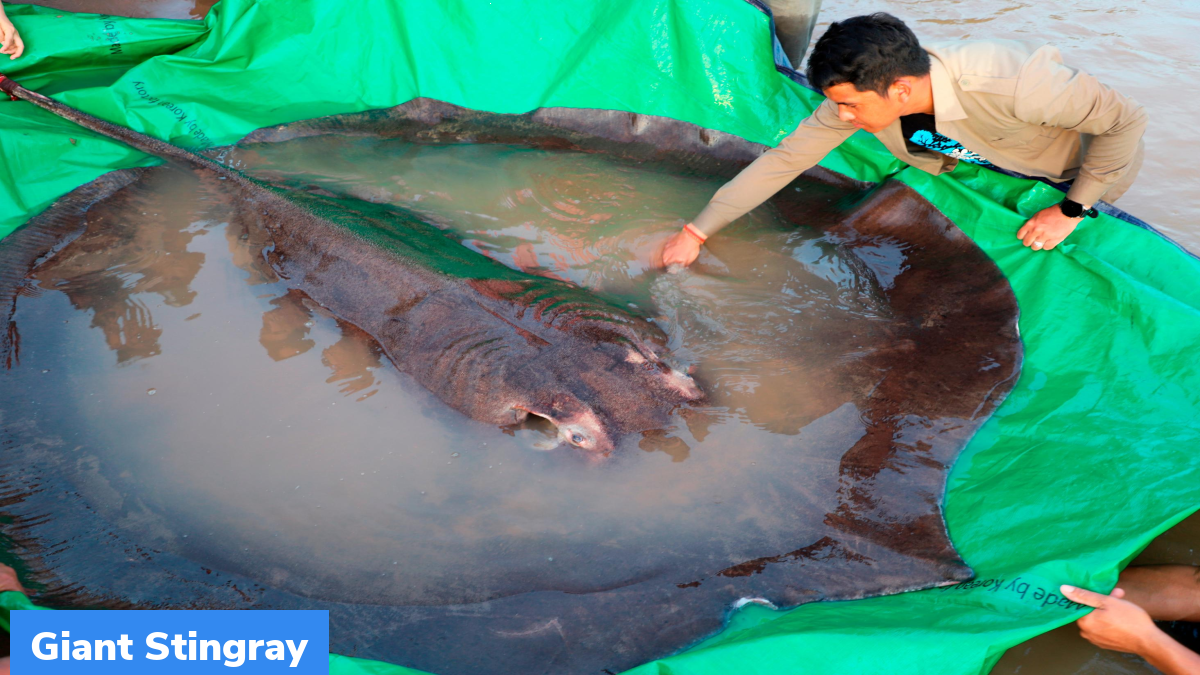 The earlier record for a freshwater fish was a 293kg Mekong giant catfish. It was discovered in 2005, in Thailand.

It is a species of stingray, belonging to Dasyatidae family. It is found in large rivers and estuaries of Borneo and Southeast Asia. Historically, it has been more widely distributed in South and Southeast Asia. it is the largest freshwater fish as well as the largest stingray worldwide. The species grows upwards of 2.2 m across and can reach up to 300 kg in weight. It has a relatively thin, oval pectoral fin disc and a sharply pointed snout, along with a protruding tip. Tail of giant freshwater stingray is thin and whip-like. It uniformly greyish brown above and white below.

Stingrays are a group of sea rays. They are cartilaginous fish related to sharks. These species are classified in suborder Myliobatoidei of Myliobatiformes order. It comprises of eight families namely,

The Mekong River is a trans-boundary river, flowing in East Asia and Southeast Asia. It is the twelfth longest river in world and third longest in Asia. Originating in the Tibetan Plateau, it runs across China, Myanmar, Laos, Thailand, Cambodia, and Vietnam.