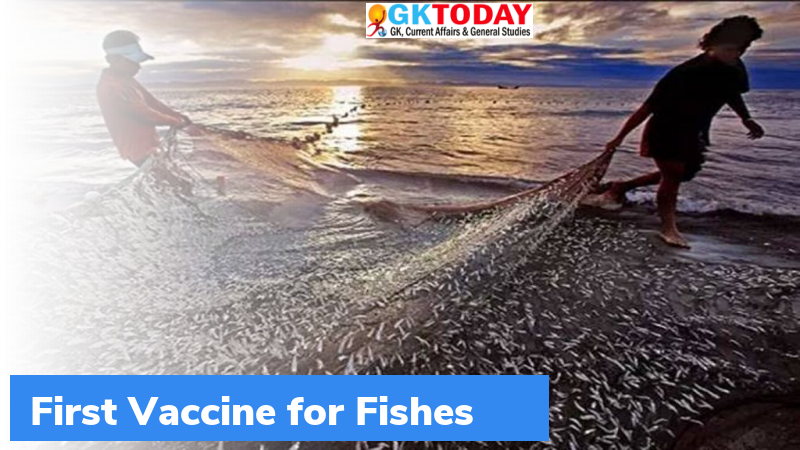 The Central Institute of Brackish Aquaculture located in Chennai has developed an indigenous vaccine for Viral Nervous Necrosis. The name of the vaccine is Nodavac-R

In India the disease has been a serious concern affecting freshwater, marine and brackish water fishes largely. They result in 100% mortality in fishes that are in juvenile and larval stages.

Red Spotted Grouper Nervous Necrosis Virus is the only genotype found in India. The infected adults are the main carriers. They transmit the virus to their offspring through the eggs.

The best way to control the disease in the country is to vaccinate adult fish and also the fingerlings. The Nodavac-R is safe for all species that are susceptible to Viral Nervous Necrosis. They are to be used in fish hatcheries to bring down the incidence of the disease. Fish Hatchery is the place for artificial breeding of fishes.

What are Teleost fish?

They range from giant oars fish that measure 7.6 metres in length to minute Angler fish that measure 6.2 milli metres. They are economically important. The Teleost fish are captured for food all over the world.

India ranks second in aquaculture and more than 14.5 million Indians are dependent on fish production.