First Ever Unified Geological Map of the Moon Released 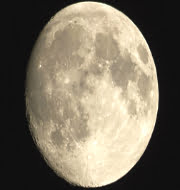 The NASA along with its partners recently released the first ever Unified Geological Map of the Moon, virtually on April 22nd.

The Unified Geological Map of the Moon was released virtually by NASA, United States Geological Survey (USGS) and the Lunar Planetary Institute. The map is to serve as a blueprint for future lunar missions and will also aid in research and education. Apart from modern satellite data, data from as far back as the NASA’s Apollo Mission were used for the map’s creation.

The lunar surface is more well-preserved than the earth’s surface because of its sparse atmosphere having low weathering impact. Hence studying the surface provides information about the lunar history. The lunar surface has features like mares (oceans made of hardened lava), craters (formed by asteroid impacts), highlands, volcanic plains, etc.