Finance minister: MDR charges not applicable for RuPay and UPI from 2020 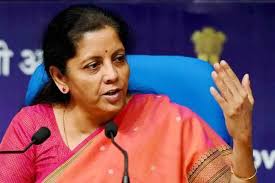 On December 28, 2019, Finance Minister Nirmala Sitaraman announced that Merchant Discount Rate (MDR) will not be applicable on bank transactions made through RuPay and UPI platforms.

The Finance Ministry has directed the banks to start campaigns to popularize UPI and RuPay debit cards. Also, the banking companies with an annual turnover more than 50 crores of rupees have been mandated to offer low cost digital payment options. They are directed to provide their payment facility through UPI or RuPay debit cards.

Merchant Discount Rate are charges imposed by banks on merchants for accepting payments from customers through credit and debit cards. It is usually shared as a percentage of transaction amount.

How is the move beneficial?

The move will encourage use of digital transactions. It will eventually reduce the physical form of currency increasing the net amount held by the banks. The banks shall then absorb the costs from such savings that accrues to them.

The MDR charges are accommodated by Income Tax Act and Payments and Settlement Systems Act, 2007.