Farmers continue to suffer due to the Decline in Pepper Prices 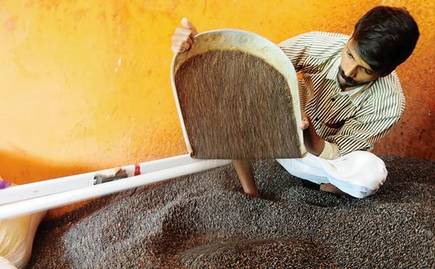 The price of pepper was down by Rs.2 per kg at a trading hub in Kochi on Wednesday, 15th January 2020. The Prices for black pepper were Rs 760 a Kg in 2017, which had fallen to the range of Rs 290-350 a Kg in the last 2 years. This Season the reason for the downtrend is sluggish demand in many markets and the demands of the crop are low due to the expectation of new crop which would be available in the market soon. The ungarbled pepper was Rs.324 per kg which was rs.326 per kg. The garbled pepper costs Rs. 344 per kg (Rs.346) and new pepper costs Rs.309 per kg.

The arrival of black pepper has started due to the conclusion of Sabrimala pilgrim which has pointed to a decline in demand for pepper leading to lower cost. However, there is a suspect that the presence of smuggled pepper is also present in the market. The harvesting continues till March which has started this month. The traders saw a massive demand during the pilgrim season when the retail price of pepper was Rs.450- Rs.500 per kg in the market.

However, according to experts, the demand for pepper will remain sluggish in the coming month.