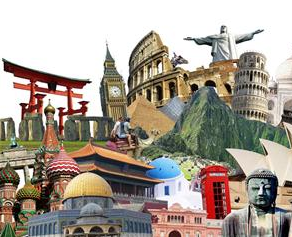 The caste-based hierarchical system is one of the most peculiar features of Indian society. In the past, those who were on the top of this hierarchical system (Brahmins) enjoyed all privileges, while people from lower hierarchies did not get access to resources and they were exploited by the people who belonged to higher hierarchical order. Reformation in this caste-based system was one of the prime targets of various social reform movements including Dravidian movement.

The root of the Dravidian movement lies in Brahmin-non-Brahmin conflict. The non-Brahmans started demanding their right and questioned the dominance of Brahmins in each and every sphere. In 1916, Zamindars and Maharajas in order to counter growing clout of Brahmins in society and politics, established South India Welfare Association in Madras Presidency. The organization had eminent non-Brahman leaders as Dr TM Nair, Theagaroya Chetty, Dr C Natesa Mudaliar, Panagal’s Raja and Sir A Ramaswamy Mudaliar. It started publishing English newspaper ‘Justice’, with growing popularity the society came to be known as Justice Party. This Justice party contested the election and for the first time in 1921 Indian cabinet was formed in Madras Presidency.

The justice party could not continue its popularity and in 1936 no party candidate was elected to state legislature. After the defeat, justice party approached Periyar and Justice party came under Periyar who decided to withdraw from politics and transformed Justice party into a social organization Dravidar Kazhagam(Dravidian Organization).

Dravidian Movement which initiated as a movement against Brahmins, after independence added one more dimension of Anti north orientation. At the time of Independence Periyar boycotted the independence celebration. According to him now the British dominance will be replaced by the dominance of North India and Congress which was led by Brahmins. Therefore he started the demand for Independent south Indian nation/ Dravida Nadu or Dravidsthan. However, this view was not supported by various other party leaders including CN Annadurai. The movement for Dravida Nadu reached its height during the period of anti-Hindi protests. However, after the 16th Amendment (popularly known as the Anti-Secessionist Amendment), successionist tendency was declared illegal and the demand for politically independent nation faded away.

Split in Dravidar Kazhagam and formation of DMK

The differences among party leaders reached a pinnacle when Periyar married to a woman who was 40 years younger than him. This led to split in the party and CN Annadurai formed a new party Dravida Munnetra Kazhagam(Progressive Dravidian Organization).

Tamil cinema star M. G. Ramachandran(MGR), through movies propagated the Dravidian ideologies, However after the death of CN Annadurai, the differences between MGR and party president M.Karunanidhi reached new heights and MGR was suspended for anti-Party activities, in a reaction to that MGR formed a new party All India Anna Dravida Munnetra Kazhagam.

Use of Hindi as the official language was opposed by people and politicians of non Hindi speaking states in general and Tamilnadu in Particular. 1938 when Congress government headed by C. Rajagopalachari issued order to use Hindi as compulsory language in schools, it was vehemently opposed by people of Tamilndau, which forced the government to withdraw the order in 1940.

Post-Independence Hindi was given a special status. When the question of making Hindi as the official language of India came into the picture, people started agitating. The official language act provided for the provisions to use English for the transaction of business in Parliament, by Centre and states and for certain purposes in high courts for 15 years. Later, in 1967 there was an amendment in an act which allowed continuation of English for official purposes. However, the issue of language has not been resolved for example Tamil Nadu passed a resolution in 2006 to make Tamil the official language of Madras high court.

The Dravidian movement failed to liberate women as well as lower caste. It could not ensure equal rights for them. Also, the ambit of movement was confined only to Tamil Nadu. The Dravidian movement may have succeeded in reducing the dominance of the upper castes in the administration, however, it has strengthened the middle castes which is the backbone of the rural economy. Without proper land reforms middle-class control rural economy which has kept the lower castes in a continued state of suppression.

However, despite limitations, the Dravidian movement was successful in the abolition of Devadasi system, promotion of inter-caste and inter-religious marriages and legalization of marriages without Brahman priest and therefore reducing brahminical dominance.