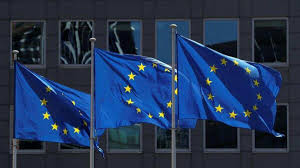 EU held that this move will avoid any carbon leakage and will also encourage partner countries to establish strong environmental rules and carbon-pricing policies. This will also help European Union (EU) countries in their fight against climate change. This carbon tariff proposal is part of EU climate change policies aimed at reducing EU’s carbon emissions by 55% by 2030 from the 1990 levels.

The EU countries and the European parliament increased the pace of negotiations, as from 2023 three-year transition phase for the imposition of carbon tariff will begin.