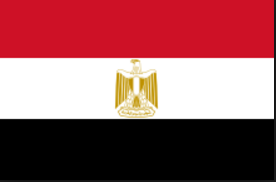 The Egyptian government is planning to completely ban tuk tuks. These are yellow and black, 3 wheeled auto-rikshaws. These are used to ply people especially in Egypt’s informal settlements and slums. These vehicles are viewed as polluting and dangerous. These are to be replaced with minibuses and minivans which are considered to be cleaner alternatives. According to the government plans, the drivers are required to sell the tuk tuks for scrap, avail loan from the bank and then buy the new minivans. Non- compliance will invite fines and prosecution. The move is largely seen as unpopular, especially among the working class Egyptians. While the tuk tuks are already banned in affluent settlements and main roads, they are very much in prevalence in rural Egypt. The disabled, elderly and women often prefer these tuk tuks over the bus transport system. Also, the tuk tuk transport is a key part of Egypt’s informal economy, which forms 50% to 60% of the national GDP. Other such examples of do-it-yourself infrastructure are unauthorised housing.