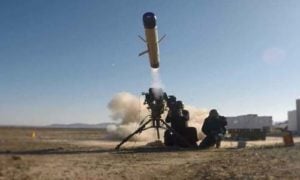 In these tests that were recently conducted, the ATGM defeated a target of 3 km. The test was conducted at the KK Ranges in Armored Corps Centre and School. The missile will enhance fire power capability of the Indian Army which is highly required in the current border tensions across Line of Control and Line of Actual Control.

They are primarily designed to destroy armoured military vehicles. Earlier, the anti-tank weapons provided to the military did not have high armour penetration. These were anti-tank rockets, anti-tank rifles, anti-tank mines. The anti-tank guided missiles have now given the Indian soldiers to defeat enemy tanks with light and medium armours from a longer range. As of 2016, over 130 countries in the world possess ATGM technology.

The ATGMs in India are as follows

Amogha Missile: It has a range of 2.8 km. It was the first missile to be designed and tested by the Bharat Dynamics Limited.

Stand-off Anti-Tank (SANT) missile: It is a variant of the HELINA missile. It was developed to be used from Unmanned Aerial Vehicles.

Cannon Launched ATGM: It has a range of 5 km. It can be launched from a 120 mm main gun of Arjun Tank.

Jasmine: They are third generation ATGMs. It has been proposed by the VEM Technologies Private Technologies.

Indi buys several ATGMs from Israel. Some of them are Spike, Orev, LAHAT, MAPATs.