DD India channel to be available in Bangladesh, South Korea 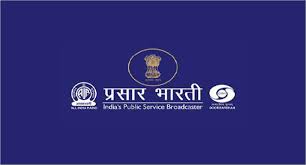 In bid to boost India’s relations with its neighbours, the government has entered into agreements with Bangladesh and South Korea to broadcast DD (Doordarshan) India channel in two countries and their state channels will be shown on DD Free Dish in India.

Bangladesh Agreement: As per the agreement inked with Bangladesh, Indian government has decided to show BTV World, a channel owned by Bangladesh TV, on DD Free Dish which will be available for viewers of Doordarshan (around 35 million households) in India. Also, DD India would be made available in Bangladesh for being viewed by Bangladesh’s citizen.

In this regard a Memorandum of Understanding (MoU) has already been signed between Prasar Bharati and Bangladesh TV (BTV) on 7 May 2019.

Significance: This move is part of a robust cultural exchange in line with Prime Minister Narendra Modi’s Act East policy and also marks an important watershed moment with respect to strengthening of ties between two countries. The step is also in line with importance of building mutual cooperation with neighbouring countries.