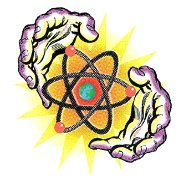 The Department of Atomic Energy (DAE) has planned to develop large deposits of uranium found in Meghalaya to tap its potential to generate substantial nuclear fuel for atomic power plants in the country.
It was announced by Jitendra Singh, Union Minister of State (MoS) in the Prime Minister’s Office (PMO), which looks after DAE, in a written response to a question in the Lok Sabha.

About Uranium Corporation of India (UCIL)

UCIL is a centrally owned Public Sector Undertaking (PSU), under the Department of Atomic Energy for uranium mining and uranium processing. It was founded in 1967 and is responsible for the mining and milling of uranium ore in India. At present, the UCIL has uranium mining projects are in Jadugora, Bhatin, Narwapahar, Turamdih and Banduhurang[  in Jharkhand and Andhra Pradesh respectively.