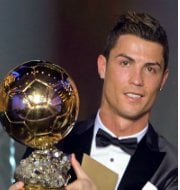 The Portuguese captain, Cristiano Ronaldo, has achieved the rare feat of scoring 50 goals each in the three most coveted domestic football tournaments of the world – English Premier League, La Liga and Serie A. With his brace in the match against Lazio in which his team, Juventus won by a margin of 2-1, he has achieved this distinction.

With these two goals, Cristiano Ronaldo has also become the fastest player to score 50 goals in the Serie A, since 1995. Ronaldo scored the first goal of the match from a penalty and with that, he equalled the record of Giuseppe Signori held in 1994-95 season for the most number of goals from penalty. Ronaldo now possesses the record of 12 penalty conversions this season.

Cristiano Ronaldo joined Juventus AC in 2018-19 after a near-perfect stint with the Spanish giants Real Madrid. During his stay there, he won almost every possible trophy starting from the domestic arena to the international competitions such as the Champions League. Before that, Ronaldo also played for Manchester United for six long years and won his maiden Ballon d’Or title in 2008 with the Man U.

While Ronaldo has 118 goals in his kitty during his stint with the Manchester United, he scored a massive tally of 450 goals during his stay at Madrid. For his country, Cristiano is one goal away from hitting the 100 goal mark.