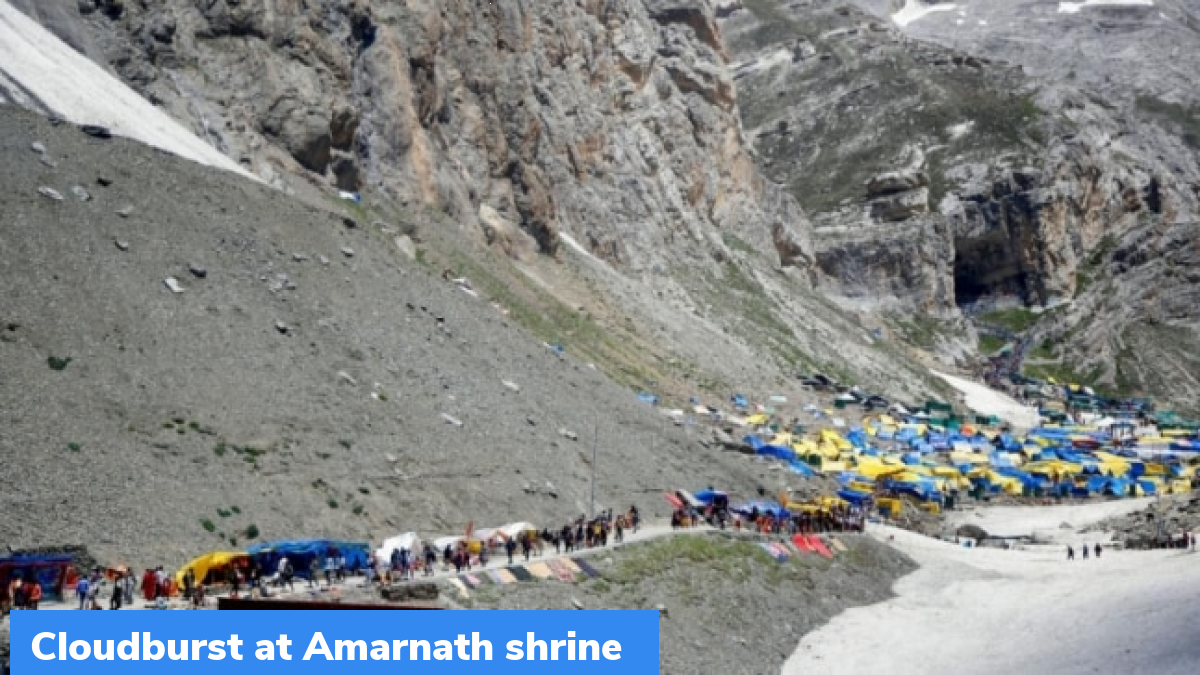 On July 8, 2022, a cloudburst near Amarnath shrine in Jammu and Kashmir took life of 15 people and over 40 are missing. Following the cloudburst, Amarnath yatra has been suspended till further advisory.

A special weather advisory is released every year by IMD, for the Yatra. On July 8, daily forecast for this area was on “yellow alert”, meaning “keep watch”. Even the evening forecast stated “partly cloudy sky with chances of light rain” for all the routes towards Amarnath Shrine. No accompanying warning was issued. According to automatic weather station (AWS) data at the Amarnath cave, no rainfall was reported from 8:30 am to 4:30 pm. Between 4:30 to 5:30 pm, 3 mm rainfall was reported, which increased to 28 mm between 5:30 pm-6:30 pm.

According to criterion of IMD, if there is a rainfall of 100 mm in one hour, then it is called as cloudburst.

Was it a flash flood?

As per eyewitness and viral videos, stream between two mountains located at 200-300 metres away, resulted into heavy rainfall. It happened due to rainfall behind the Amarnath cave. It was a localised cloud over the cave, but not a flash flood. It might be the result of severe rainfall at a higher altitude than Amarnath cave.

This shrine is located in Jammu and Kashmir, at an altitude of 3,888 m. It is located at a distance of 141 kms from Srinagar. It is an important part of Hinduism. Amarnath cave is located near Lidder Valley. It is surrounded by glaciers, snowy mountains, which remains covered with snow most of the year. Yearly pilgrimage varied between 20 and 60 days.