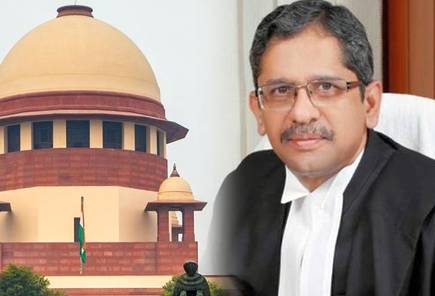 Justice Ramana was born in 1957 in Ponnavaram village of Andhra Pradesh. He was enrolled as an advocate in 1983. He became the Chief Justice of Delhi High Court in 2013. In 2014, he was appointed as the judge of the Supreme Court. Justice Ramana had been a part of the following popular cases: