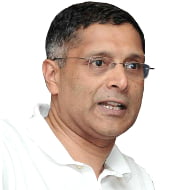 Background
Union government had set up the committee under chairmanship of CEA Dr. Subramanian in June 2015 to arrive at GST rates by factoring in the economic growth rate,  taxpayer base and tax compliance levels.
Goods and Services Tax (GST)