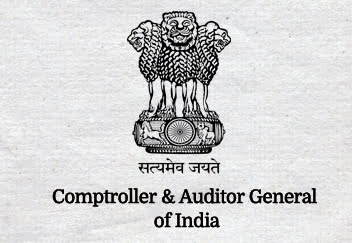 On September 23, 2020, the Comptroller and Audit General submitted its report to both the houses. The report was titled “Construction of Toilets in Schools by the CPSEs”. CPSEs are Central Public Sector Enterprises.

The report found gaps in construction of toilets by the CPSEs. Over seven CPSEs were employed in the task. They were NTPC, Oil and Natural Gas, Power Grid Corporation, NHPC, Power Finance Corporation, Coal India Limited and REC limited.

According to the report, more than half of the school toilets built by the Central Public Sector Enterprises lag basic hand-washing facility. The CAG has surveyed 2,000 schools to produce these results.

According to the report, the Ministry of HRD (now Education Ministry) has sought help from Central Public Sector Enterprises under Swachh Vidyalaya Abhiyan for construction of toilets in Government schools. Accordingly, 53 CPSEs participated constructing 1,40,997 toilets. Of this 11% toilets partially constructed or non-existed.

Also, separate toilets for girls and boys were suggested under Right of Children to Free and Compulsory Education Act, 2009 (RTE act).

The CAG has recommended the concerned ministries to look in to the issue of non-existence of toilets. The report has also asked the ministries to address the absence of basic amenities in toilets such as hand wash, running water, urinals, drainage of waste water, etc.