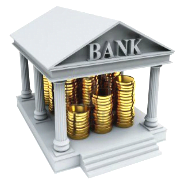 The Union Cabinet has approved Framework for Consolidation of Public Sector Banks (PSBs) through an Alternative Mechanism (AM).
The decision would facilitate consolidation among the nationalised banks to create strong and competitive banks and also improve their competitiveness and efficiency.

Features of approved Framework for Consolidation of PSBs

Under this framework, the decision regarding creating strong and competitive banks will be solely based on commercial considerations based on approval of the Boards of Banks (PSBs). The proposals of Banks to formulate schemes of amalgamation must be approved by the Alternative Mechanism (AM).
There will be a ministerial committee to oversee the mechanism. The members of the panel will be decided by the Prime Minister. After in-principle approval from AM, the Banks can take steps in accordance with law and Security Exchange Boad of India’s (SEBIs) requirements. The final amalgamation or consolidation scheme will be notified by the Union Government in consultation with the Reserve Bank of India (RBI).

The decision is expected to facilitate the creation of strong and competitive banks in public sector space to meet the credit needs of a growing economy, absorb shocks and have the capacity to raise resources without depending unduly on the state exchequer.  It will further add commercial strength and prevent multiplicity of resources being spent in same area.

The banking scenario has changed since 1970/80s when banks were nationalised, with an increased banking presence from PSBs, non-banking Financial Companies (NBFCs), Regional Rural Banks (RRBs), Payment Banks and Small Finance Banks (SFBs). There are now 20 PSBs other than SBI.
In 1991 after announcement of liberalisation of economy, it was suggested that there should fewer but stronger PSBs in the country. However, the effective action for consolidating PSBs began in May 2016 after announcement of amalgamation of six subsidiary banks into the State bank of India (SBI). The merger was completed in record time, unlike earlier mergers of PSBs.