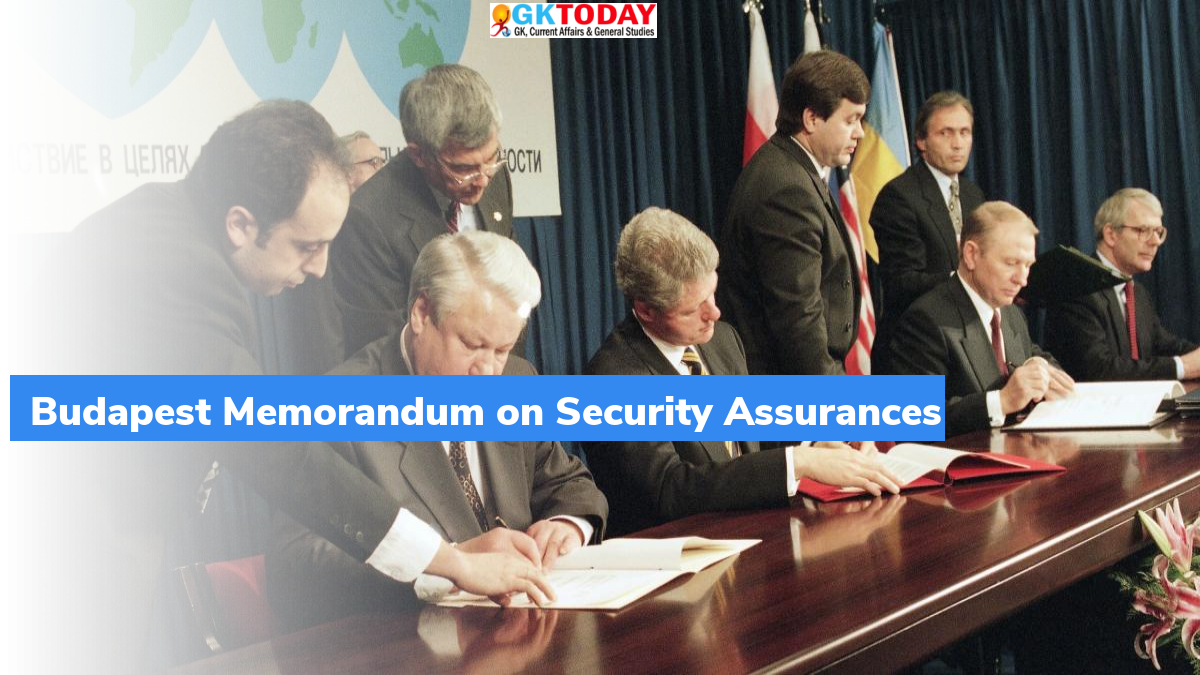 Budapest Memorandum on Security Assurances refers to three identical political agreements signed at the Organization for Security and Co-operation in Europe (OSCE) conference in Budapest, Hungary in 1994.

Russia, the US, and the UK agreed to the following:

The recent Russian invasion of Ukraine is being considered a violation of the memorandum. President of Ukraine argued that Budapest Memorandum provides no true guarantee of safety due to Russia’s coercive power.