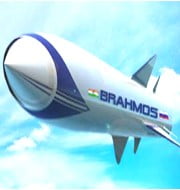 On September 30, 2020, the surface-to-surface supersonic cruise missile BrahMos with an indigenous booster and airframe section was successfully flight tested at Balasore, Odisha.

It was developed as a joint venture of DRDO (Defence Research Development Organization) and NPOM of Russia. It is named after the rivers Brahmaputra and Moskva. It has a flight range of 300 km. It is a two-stage missile. The solid propellant engine at the first stage and liquid ramjet in the second.

India became a member of MTCR in 2016. The MTCR was started in 1987 by the G-7 countries. There are a total of 35 members in MTCR. The members of MTCR should establish national export control policies for cruise missiles, ballistic missiles, unmanned aerial vehicles, drones, space launch vehicles, remotely piloted vehicles, underlying components and technologies.

India has ratified the treaty. The treaty prohibits nuclear experiments in ground, outer space and under water.

India signed the treaty in 1967. It prohibits countries to test nuclear weapons in the orbit of moon and other celestial bodies.

NPT is Non-Proliferation Treaty. India has not signed the treaty. India is one among the five countries that did not sign the treaty. The other four countries are South Sudan, Pakistan, Israel and North Korea. Three main objectives of NPT are non-proliferation, disarmament and right to peacefully use nuclear technology.

It prohibits the production of nuclear weapons based on two main components. They are Plutonium and highly-enriched Uranium.