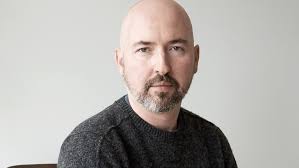 The Booker Prize of the year 2020 was won by Douglas Stuart for his debut novel “Shuggie Bain”. The shortlist of Booker Prize consisted of five more titles such as Burnt Sugar. The Burnt Sugar was published in India as “Girl in White Cotton”. It also included “The New Wilderness” by Diane Cook, “The Shadow King” by Maaza Mengiste, “This Mournable Body” by Tsitsi Dangarembga, “Real Life” by Brandon Taylor and “The Shadow King” by Maaza Mengiste.

Apart from these authors, the event also witnessed the participation of former US President Barack Obama. He recently published the first volume of his book “A Promised Land”. The book was written by Obama during his tenure as the President of United States (2009-17).

The Booker Prize is a literary prize awarded annually for the best novel. The prize is awarded to novels written in English and published in Ireland or UK. It was formerly known as “Booker-McConnell Prize” (1969-2001) and Man Booker Prize (2002-2019). In 1997, Arundati Roy of India won the Booker Prize for her Novel “The God of Small Things”.

Douglas Stuart who won the 2020 Booker Prize was the only British author on the US-dominated shortlist. Douglas was born in Glasgow.

It is awarded to books that are translated into English and published in United Kingdom. The 2020 winner of International Booker Prize is Marieke Lucas Rjineveld for the book “The Discomfort of Evening”. It was translated by Michele Hutchison.