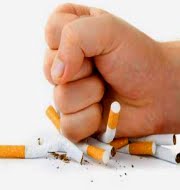 Bihar Government has banned sale of loose cigarettes in the state. This decision aims to be deterrent to kids and youngsters who start smoking by buying loose cigarettes.
In this regard, state health department has issued notification under Section 20 of Cigarettes and Other Tobacco Products Act (COTPA), 2003. Bihar is the 12th state in the country to bring such a ban into effect after Uttarakhand, Himachal Pradesh, Rajasthan, Punjab, Delhi and others.

Section 20 of COTPA, 2003 makes sale, distribution, purchase, display and advertisement of tobacco products without essential pictorial warnings a punishable offence. As the loose cigarettes don’t have pictorial warnings, thus its sale, distribution, purchase, display and advertisement is banned under COTPA, 2003.
As per Global Adults Tobacco Survey (GATS), 53.5% adults consume tobacco in one or other form in Bihar while 9% of this 53.5% are addicted to cigarette. Large number of state population is dependent on loose cigarettes, including teenagers. The decision of banning sale of loose cigarettes will save children from cigarette consumption as kids and teenagers are not able to buy the whole packet but go for loose cigarettes.

It is an Act of Parliament enacted in 2003 to prohibit advertisement of and to provide for regulation of trade and commerce in and production, supply and distribution of cigarettes and other tobacco products in India. It was enacted by Parliament to give effect to Resolution passed by 39th World Health Assembly (WHA), urging member states to implement measures to provide non-smokers protection from involuntary exposure to tobacco smoke.