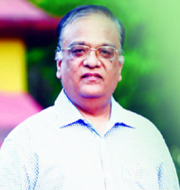 Avionics scientist BHVS Narayana Murthy was appointed as Director of Research Centre Imarat (RCI), a premiere laboratory of Defence Research Development Organisation (DRDO).
He is expert in avionics has made contributions in design, development and delivery of Missile launch processors, onboard computers, real-time mission software etc. of DRDO.
BHVS Narayana Murthy is alumnus of NIT, Warangal. Under his leadership, DRDO had developed Avionics Systems (Onboard computers, Navigation, Control) of the Indian ICBM class Agni 5 and other missions.
For his contributions to various defence R&D projects, he has been honoured with the Astronautical Society of India Rocket and Related Technologies Award. Besides he was also bestowed with AGNI Award for Excellence in Self Reliance as a team Leader and DRDO Scientist of the Year Award.