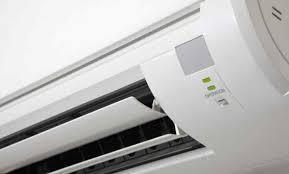 The Government of India has released new performance energy standards for the performance of air conditioners after consulting Bureau of Energy Efficiency (BEE). The BEE operating under Ministry of Power develop strategies and policies with primary objective of reduction in energy usage. According to BEE, the total air conditioner capacity of India is 80 million tonnes of refrigeration. It is estimated that this will increase to 250 million by 2030.

Highlights of the new standards

The ISEER (Indian Seasonal Energy Efficiency Ratio) according to the new standard should be in the range of 2.7 to 3.5 for window ACs and 3.3 to 5 for split air conditioners. ISEER is the ratio between total amount of heat an AC can remove when operated in active mode to the amount of energy required during the same period.

Also, the air conditioners should have a default setting temperature of 24 degree Celsius. The default setting is applicable to all brands and types including unitary ACs, Split ACs, multi-stage ACs, and the ACs that are rated between 1 star and 5 star. The new standards come into effect from January 1, 2020.

According to Power Ministry, every one degree increase in air-conditioner temperature results in saving 6% of electricity consumed. Countries like Japan has regulation to keep temperature set default at 28 degree Celsius. The concept of default setting was introduced in 2018. Since then several campaigns and surveys were conducted to spread awareness and get feedback about the default setting.