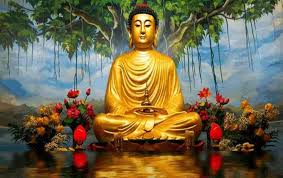 On December 10, 2020, the Union Minister of state for tourism and culture Shri Prahlad Singh Patel inaugurated the Association of Buddhist our operators International Convention in New Delhi. The convention is to be held in partnership with Ministry of Tourism.

Recent development in the tourism sector of India

During the inauguration ceremony the Minister made the following announcements

It is Pilgrimage Rejuvenation and Spirituality Augmentation Drive. It was launched in 2015. The scheme mainly aims to integrate the development of pilgrimage destinations in a planned and sustainable manner. The scheme has identified 12 cities for the development of pilgrimage and heritage destinations. They are Kamakhya of Assam, Amaravati of Andhra Pradesh, Gaya of Bihar, Dwarka of Gujarat, Amritsar of Punjab, Puri of Odisha, Ajmer of Rajasthan, Kedarnath of Uttrakhand, Velankanni of Tamilnadu, Kanchipuram of Tamilnadu, Varanasi of Uttar Pradesh and Mathura of Uttar Pradesh.

The main objectives of the scheme include enhancing tourism attractiveness, promote local art and culture, cuisines and handicraft. It also aims to develop world class infrastructure in religious destinations.