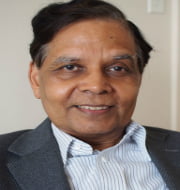 Arvind Panagariya (64) has resigned as Vice Chairman of NITI (National Institution for Transforming India) Aayog and announced to return to academics in US.
He resigned after his public service leave for two years from the Columbia university, where he is professor of Indian Political Economy did not receive extension. He was appointed as the as Vice Chairman of NITI Aayog in January 2015 and held cabinet minister rank.

Before joining Niti Aayog, he was a professor at Columbia University and chief economist at the Asian Development Bank (ABD). He has also worked for the World Bank, International Monetary Fund (IMF), World Trade Organisation (WTP), and the UN Conference on Trade and Development (UNCTD) in various capacities.
He has earned PhD in economics from prestigious Princeton University. He has written around 10 books and the latest was India: The Emerging Giant published in 2008. He was honoured with Padma Bhushan in 2102.

NITI Aayog was formed on January 1, 2015. NITI Aayog via a resolution of the Union Cabinet. It is the premier policy ‘Think Tank’ of the Union Government, providing both directional and policy inputs. It had replaced the 65-year old Planning Commission established in 1950. Prime Minister is ex-officio Chairperson of the Aayog.
NITI Aayog plays important role in designing strategic and long term policies and programmes for the Government. It also provides relevant technical advice to the Centre and States. It also acts as the quintessential platform of Union Government to bring States to act together in national interest, and thereby fosters Cooperative Federalism.