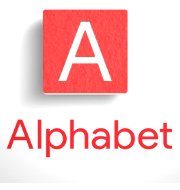 More than two hundred engineers and workers have formed the Alphabet Workers Union capping years of growing activism in the company.

What is the main objective of Alphabet Workers Union?

The Alphabet Workers Union will strengthen the growing labour movement at Alphabet and serve as a vehicle for workers to voice their concerns.

Is Alphabet a subsidiary of Google?

No. Alphabet was formed through restructuring Google. Alphabet has now become the parent company of Google and Waymo (a self-driving car company).

What is the stand of National Labour Relation Board on Alphabet?

According to the National Labour Relation Board of the US, Alphabet is conducting unlawful monitoring and questioning of workers. The employees are fired for unionization attempts which is unlawful according to the board.

Why did Alphabet employees form the Union?

The Alphabet Employees have been protesting against several actions of the company. Some of the major issues where the employees protested in large scale against the company are as follows:

In 2018, Google faced severe condemnation of employees in the sexual exploitation case of women. At that time, more than 20 thousand employees of the company left the work and took to the streets.

Google employees opposed the Maven project to be held in 2018 with the US Ministry of Defense. In this project, the government wanted to use Artificial Intelligence (AI) technology for the army. Then more than 3100 employees wrote to the company that Google should not enter the war business.

There are controversies that Google is secretly working on a search engine for China. When the company openly named it Dragon Fly and brought out that the controversies were true, the employees got angry. They were angered that they were working on search engine projects of China. The employees then asked the company to bring transparency in their work. Dragon Fly was designed to be compatible with China’s State Censorship provisions.