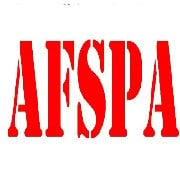 The extension of the Armed Forces (Special Powers) Act, 1958  has been announced by the Assam government for 6 more months in the state, which is going to be effective from 28th August.

Armed Forces (Special Powers) Act, 1958 is an act of parliament that gives special power to the Armed Forces in order to maintain public order in “disturbed areas”. The introduction of the Act took place due to the increasing violence in the Northeastern States decades ago.

What is a “disturbed area”?

A disturbed area is declared by issuing a notification under Section 3 of the Armed Forces (Special Powers) Act. The disturbance could occur due to communal violence, racial violence, the clash between two groups, etc. Once an area is declared ‘disturbed’, it has to maintain the status quo (existing state of affairs) for a minimum period of three months.

Who has the authority to declare an area as a ‘disturbed area”?

The Central Government, Governor of the State, or the administrator of the Union Territory have the authority to declare an area as a disturbed area in their provinces.

Assam has been witnessing the AFSPA since 1990.