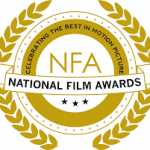 67th National Film awards were announced in March 2021 however, they were honoured the best in cinema in the year 2019. Awards were postponed due to the covid-19 pandemic.

It is the most prominent film award ceremony, held in India. It was established in the year 1954. It has been administered since 1973, along with Indian Panorama and International Film Festival of India by the Directorate of Film Festivals of Indian government.

How are entries selected?

Government appoints a national panel every year to select the winning entry. Award ceremony is held in New Delhi and the President of India conferred the awards to winning entries. After that, National Film Festival is inaugurated where award-winning films are screened for public. Awards are declared for films produced in previous year and they hold distinction of awarding merit to the best of Indian cinema. Awards are also presented for the best films in each region and language of India.