60th Anniversary of the Battle of Rezang La 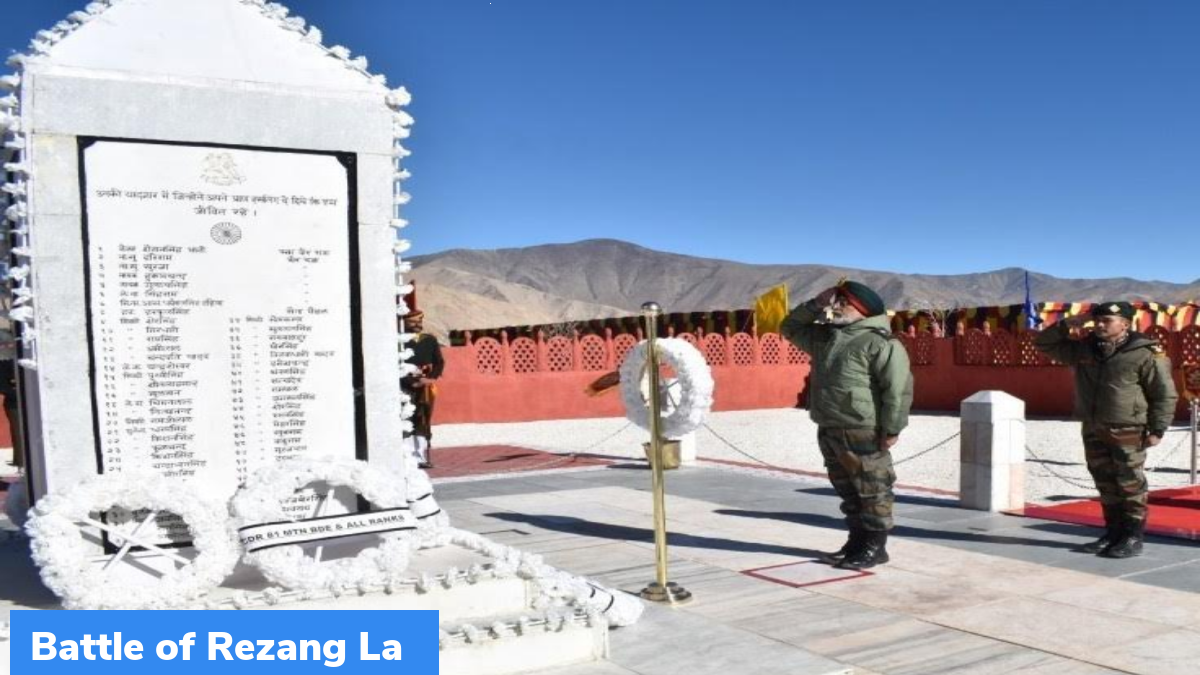 November 18 marks the 60th anniversary of the Battle of Rezang La.

About Battle of Rezang La

Rezang La, also known as Rechin La, is a mountain pass on the Line of Actual Control (LAC) between Indian-administered Ladakh and the Chinese administered Spanggur Lake basin, which is also claimed by India. It is situated on the eastern watershed ridge of the Chushul Valley that is being claimed by China.

This 16,000-foot-high feature is a narrow gap between the even higher mountains around the strategically-significant Chushul village and the Spanggur Lake, which span across both the Indian and Chinese territories. The defence of this strategically important mountain pass is critical for the security of Chushul. Anyone who can pass through the Rezang La will have a free run to Leh. During the 2020-21 China-India skirmishes, this mountain pass was again a site of conflict between India and China.