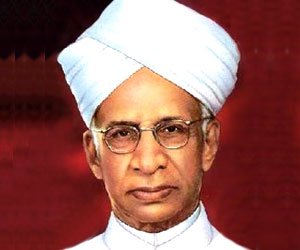 The National Teachers Day is observed every year on 5th September in India to commemorate birthday of country’s first Vice President and second President Dr Sarvepalli Radhakrishnan
To celebrate this day, various programmes were organised in schools and colleges throughout the country to honour of teachers who shaped the lives of students and showed them path of success.
On this occasion, Environment Ministry launched Prakarti khoj, an environment awareness initiative. It is an online environmental quiz competition conducted at national level. The objective of quiz was to generate interest among school children about the science related to environment.

Dr Sarvepalli Radhakrishnan was born on 5 September 1888 in Thiruttani in then Madras Presidency of British India (now in Tamil Nadu). He was Indian philosopher and statesman and one of best known scholars in field of comparative religion and philosophy in India in 20th century.
He had tremendously contributed towards new contemporary Hindu identity in eyes of the ill-informed Westeners. He held great respect for teachers and always believed that teachers are real nation builders and thus should always be the best minds in the country.
He was the first Vice President of India (in office from 1952–1962), Second President of India (in office from 1962 to 1967). He was first recipient Bharat Ratna, India’s highest civilian award along with politician C. Rajagopalachari, scientist C. V. Raman. He was also awarded British Royal Order of Merit (1963).