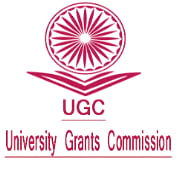 On October 7, 2020, the University Grants Commission announced a list of 24 unrecognised universities. These Universities have been termed as fake. This has been done by UGC to maintain the standards of higher education in the country.

The maximum number of these universities are operating from the states of Uttar Pradesh followed by Delhi. They have been termed fake based on the provisions of UGC act.

Of the list announced eight of these universities were from UP, two from West Bengal, two from Odisha and seven from Delhi. The states such as Karnataka, Maharashtra, Puducherry have one fake university each. UGC has also notified that the word “University” shall not be used by any institutions other than those established and recognised by UGC.