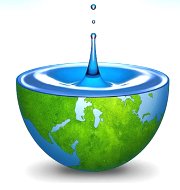 Every year World Water Day is marked on 22 March. It is observed to preserve and ration consumption of water.
The theme for this year is ‘Water and Sustainable Development’. Under this theme the year 2015 provides an important opportunity to consolidate and build upon the previous World Water Days and highlight water’s role in the sustainable development agenda.
Background