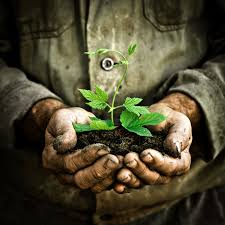 World Soil Day is celebrated every year on 5th of December by Food and Agriculture Organization (FAO) of United Nations. Observance of this day aims to communicate messages on importance of soil quality for food security, healthy ecosystems and human well-being. It also advocates for sustainable management of soil resources. The Theme for year 2018 is ‘Be the Solution to Soil Pollution’. It aims to raise awareness and call people to stop soil pollution.

Soil is the upper layer of earth. It is mixture of organic and inorganic matter, in which plants grow. It is a finite natural resource. On a human time-scale it is non-renewable. According to FAO, soil holds three times as much carbon as atmosphere and can help to meet challenges of a changing climate. 95% of our food comes from soil and 33% of global soils are already degraded.