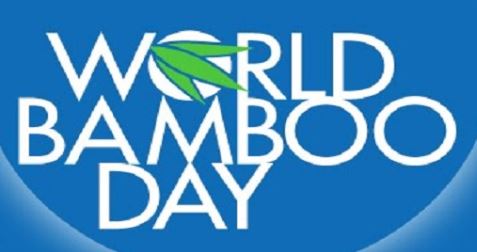 World Bamboo Day is observed on September 18 every year to increase the awareness of bamboo globally. As part of the World Bamboo Day 2019 observations, the government of Jharkhand has launched a two-day International Bamboo Artisans Conclave in Dumka to encourage the industry.

Genesis of the World Bamboo Day

Since then every year on September 18 World Bamboo Day is observed as a world-wide event gathering hundreds of thousands of people to manifest the importance of bamboo as a plant companion for humanity.

Bamboo: A Companion of Humanity

Bamboo is a fast-growing plant with an amazing capacity of sequestering CO2. The bamboo is capable of producing a huge amount of biomass. The bamboo has the ability to restore degraded lands and to stabilize soils against erosion and plague. Bamboo has the ability to produce renewable material (shoots and poles). Hence bamboo in our present time has become a masterful social and economic plant and a companion of humanity.

From architectural components at airports to simple toothbrushes and straws, bamboo is everywhere. India has the second-largest resource of Bamboo next to China. If India manages to innovate and deliver in a constructive way, the growth opportunities are endless for the Bamboo industry.